Schloss Neuschwanstein, the stuff fantasy is made of

For the last day of this challenge, I’ve chosen a childhood fantasy: Schloss Neuschwanstein, near Fussen, Germany.

Like many people my age, I was fascinated and enchanted by the film Chitty Chitty Bang Bang: I think I went to the cinema about 8 times to see it with different people as I just couldn’t get enough of it. This castle, of course, features in it as the home of the Baron and I knew one day I would get to visit it. Well, that dream came true 3 years ago, in the summer of 2012, when DH and I finally made it to Bavaria, a stunning region whose beauty cannot be described in words and to which we’re returning this year.

I would now like to nominate Pedmar10 from http://paris1972-versailles2003.com/ for this challenge. Pedmar is a keen traveller based in the Morbihan, Brittany, France, with many a story to tell and photographs to share.

Gruissan Marina in the afternoon sun

For the fourth day of this challenge I’ve chosen another of my favourite photos, taken in Gruissan, in the Languedoc-Roussillon region in south east France in December 2012.

I’ve chosen this photo because it reminds me of the beautiful winter light and the lovely long walk we took around the Marina in that glowing and warm afternoon. The buildings in the background are sun-kissed, intensifying the warm terracotta and pink colours, all perfectly reflected in the water, just like a mirror, so that one can enjoy this utterly charming sight twice at the same time.

I would now like to nominate Shimon from https://thehumanpicture.wordpress.com/ for this Five Day Photo Challenge. Shimon is a retired photography teacher who lives in Jerusalem and always has wonderful stories, experiences and photographs to share with his readers. 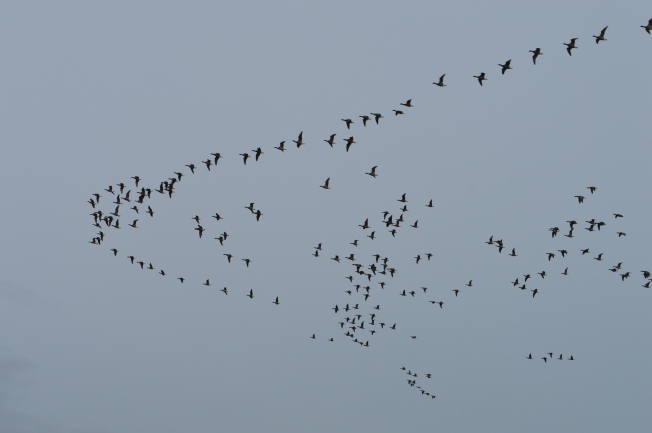 For the third day of my 5-Day Photo Challenge I’ve chosen this picture of migrating geese (might be Canada geese) at Climping Beach in West Sussex not far from our home.

I’ve chosen this picture because I’ve always been fascinated with bird migration in general, as these amazing creatures travel thousands of miles every year, crossing entire countries, continents and oceans to breed and rear their young. I think I am even jealous of their freedom and ability to go wherever they please without getting lost, as my sense of direction is not so great, although it has improved over the years, especially since I am the navigator during our travels in the motorhome. To summarise, this picture speaks to my heart: travel and freedom and… what is beyond that horizon?

I would now like to nominate Steven Saysell (are we related?) from Sayvan Photography at https://thisthatandwhateverelseicanthinkof.wordpress.com/ for this challenge. Steven is another keen traveller and photographer based in Ontario, Canada and he never fails to delight his readers with his stunning shots.

For the second post of the 5-day challenge I have chosen a picture of my family in La Coruña, north west Spain, taken during the Carnival holiday this year. I’ve chosen this picture because there is absolutely nothing more important in life than family: the reason why we do what we do day to day during our existence.

I would now like to nominate Solaner from MyBlog – solaner, https://solaner.wordpress.com/, for this challenge.  Solaner is a traveller and photographer and in his blog you will find amazing and beautiful photographs on all kinds of subjects.

I have been nominated by Darlene Foster for The Five Day Challenge, which involves as follows:  Post a photo each day for five consecutive days and attach a story to the photo. It can be fiction or non-fiction, a poem or a short paragraph and each day nominate another blogger for the challenge.

I have chosen this picture of my husband fishing at Lac de l’Uby in the region of the Midi Pyrénées in southern France because I think this picture truly tells who we are and what is important to us. In the centre is Adonis, casting his bait for carp fishing, to the right is my bike (my preferred mode of transport when travelling) and in the foreground our old motorhome, in which we travelled very happily for the last 5 years, with our tables and chairs outside, all this in the most stunning sunset, with some of the sun rays reflecting on the motorhome. I took the picture, of course, which is something I love doing, especially in spectacular setting such as this.

I would now like to nominate my fellow blogger and friend Emily Carter Mitchell from http://bellaremyphotography.com/ for this challenge. She is a very keen and accomplished wildlife photographer and I am always in awe at her photos of birds, flowers and all creatures great and small. 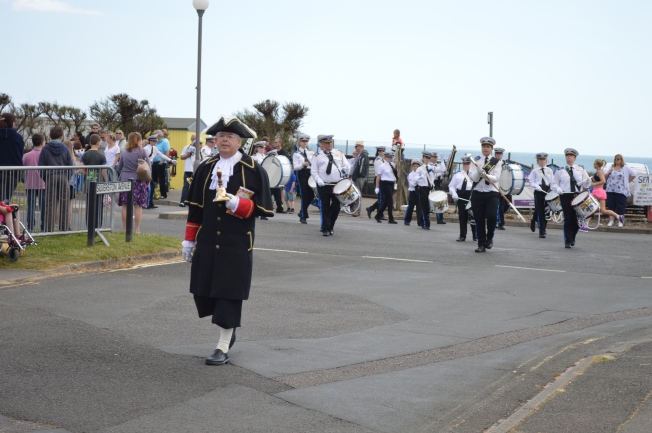 The leaders of the Carnival and Dolphin Marching Band

I can’t believe it’s been a year since the Pirate-theme carnival in Bognor Regis during which we got to mingle with the one and only Jack Sparrow! I was really looking forward to this year’s event as it has been taken over by the Bognor Regis Carnival Association and I had an inkling that it was going to be even more special than last year. Well, I am delighted to say I wasn’t disappointed and the whole event proved to be a great success, all the more for the weather being sunny and warm, just perfect for a celebration such as this.

It was wonderful to see so many children from various schools and performance groups taking part, looking so proud and having such a marvellous time, some even came from nearby towns such as Littlehampton and Hastings. I always find this type of thing very heart warming, as I know how much this means to them and their families.

Being a seaside town, we just have to have pirates, which I love, and they were jolly and merry and put a smile on everyone’s faces, as did the Super Heroes on bikes, ranging from Batman and grumpy Hulk to uplifting Buzz Lightyear: simply superb!

And the Pirates arrived!

All the Super Heroes together on their bikes

But I have to say that my absolute favourite was the Bognor Regis Swimming School float, with all the children dressed up as characters from The Little Mermaid film, which still holds a big place in my heart as an all-time feel-good movie , with great characters and songs.

One of the things that keep me going through the winter in the UK and helps me keep my sanity is my weekly Zumba class in one of the local schools and I was very pleased that our group was asked to take part this year. Here are two of the lovely instructors who make it all possible and keep us fit and healthy, Clare and Linz. We had a 25 minute slot that had to be cut short to 13 minutes due to some other events running overtime. Still, it felt great to be part of it. 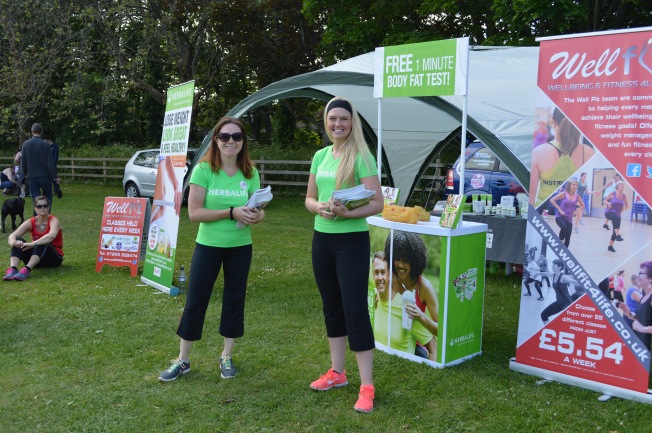 Clare and Linz, our Zumba instructors

Here are a few more photos of this happy occasion. I hope you like them and that maybe some of you can come and join in the fun next year. 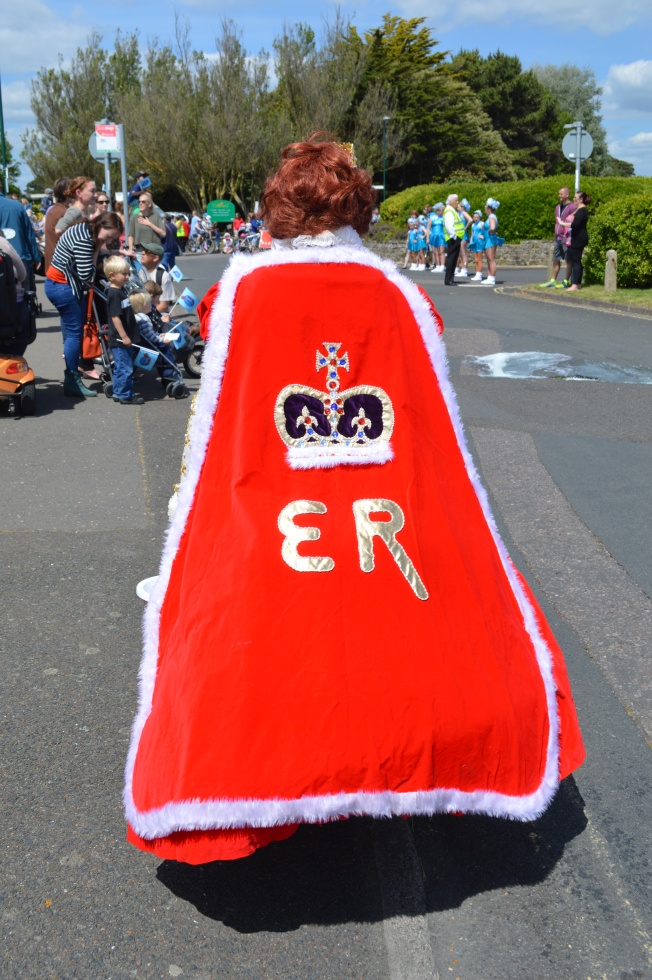 Our very own Queen! 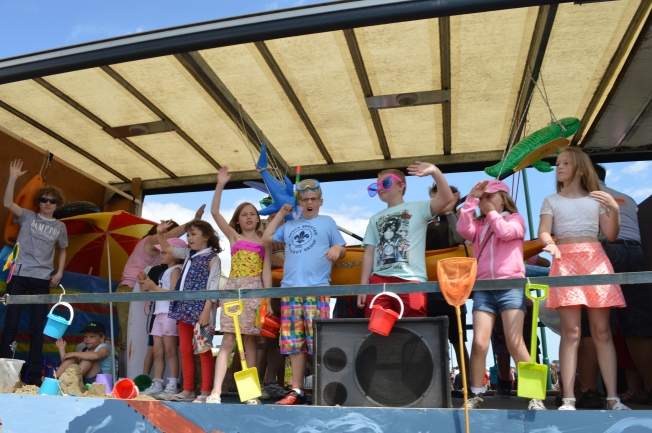 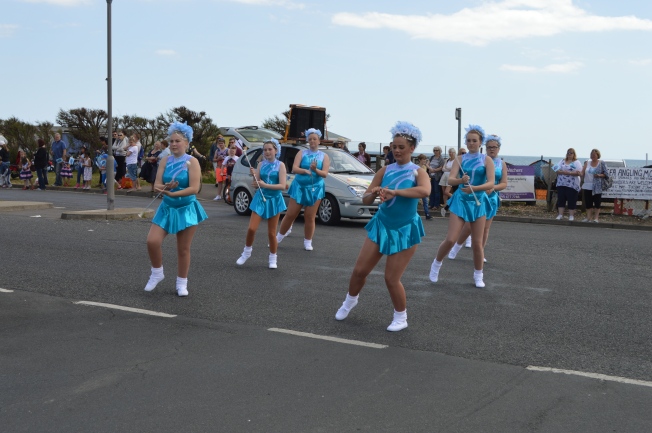 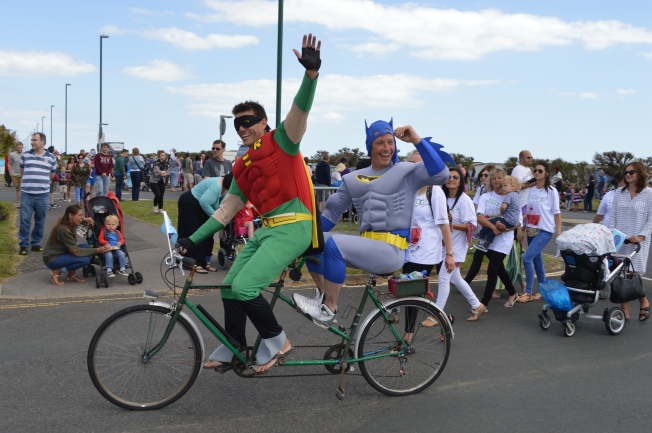 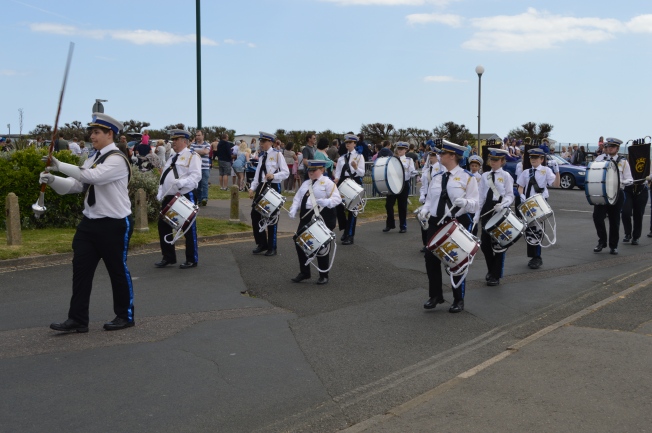