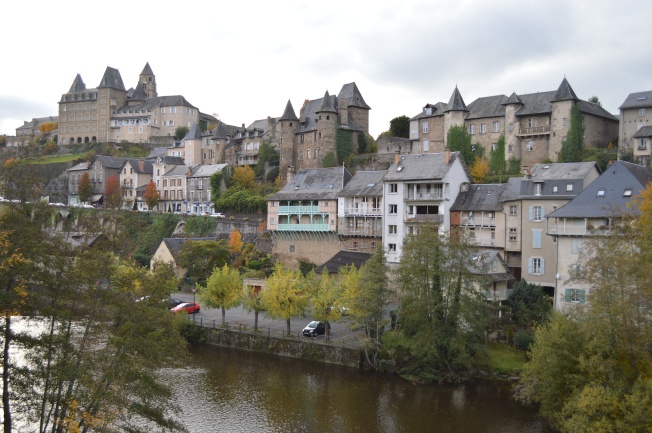 The motorhome aire at Neuillay les Bois was a bit too small and with just one other motorhome and a car parked there, there was hardly any room for us, so we left and tried the one at La Pérouille, but, although it was pretty enough, the parking being on grass, we didn’t feel like taking any chances of being stuck if it rained and decided to try somewhere else again. 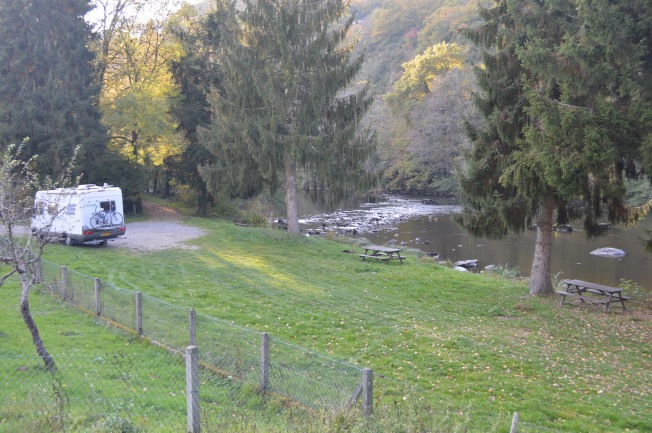 Adonis suggested looking at his new app called Park4Night, which showed a nice wild parking space on the river Creuse, so we headed for that and got there just after 12 noon. The place is called Gargilesse Dampierre and very good it was too, making us very glad and relieved to have finally found somewhere suitable for the day and night. 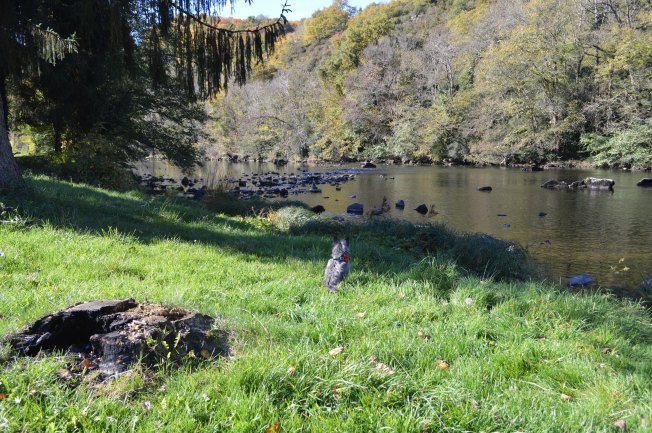 It is near the Dam of La Roche au Moine and it is popular with local walkers and picnickers, as there is another larger car park nearby. It is a perfect one-day stop with a lovely dog walk along the river and very quiet in the evening and I think we’ll probably come back here again. There is also a campsite, which seemed to be closed this time of year. 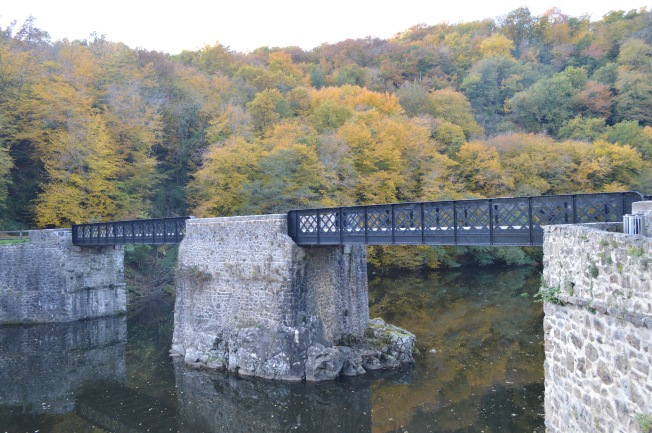 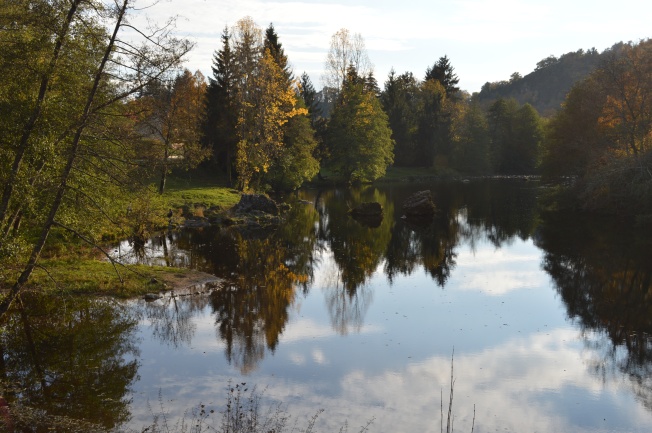 This morning, we joined the A20 towards Limoges, where we did another big shop at Cora, which turned out to be very reasonably priced, and continued down to Uzerche at junction 44 and then the D920. Again, we were here just after midday and had time to walk Beano on the popular path along the river Vézère and a beer before lunch. 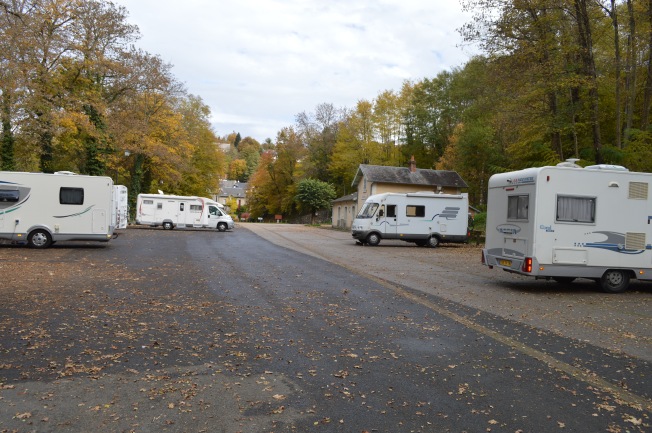 The wonderful motorhome aire at Uzerche 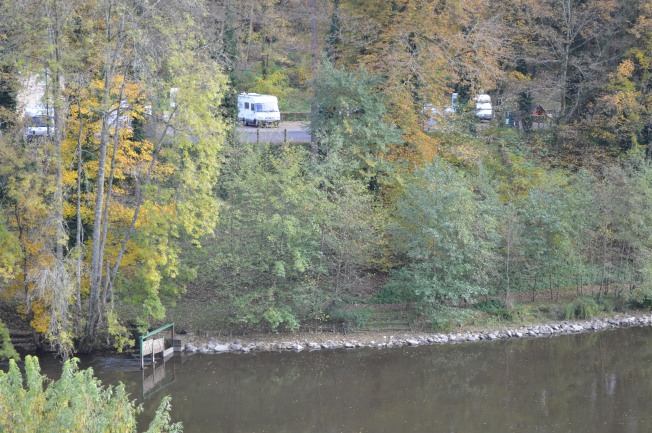 Our parking spot and Vézère river seen from above

This is a wonderful free motorhome aire with electric hook-up on a prime location by the river and with easy access to the charming old town. We’ve just been for another walk to re-visit St Pierre’s Church and its 11th century crypt, the oldest crypt in the Limousin. The town itself is very picturesque with its turrets covered in spiky roofs resembling witches’ hats. I simply love this place and the views from the top outside the church are just beautiful. 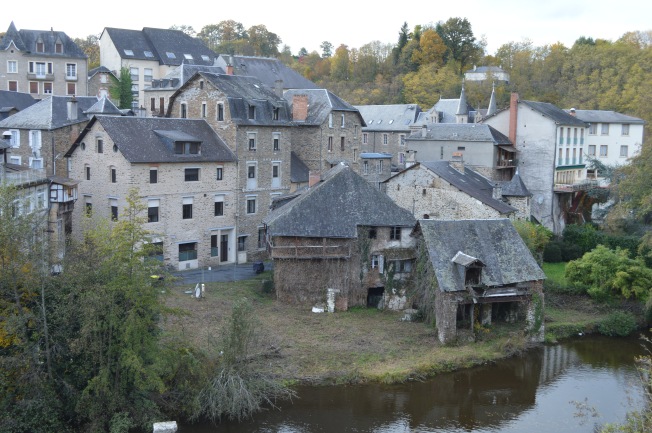 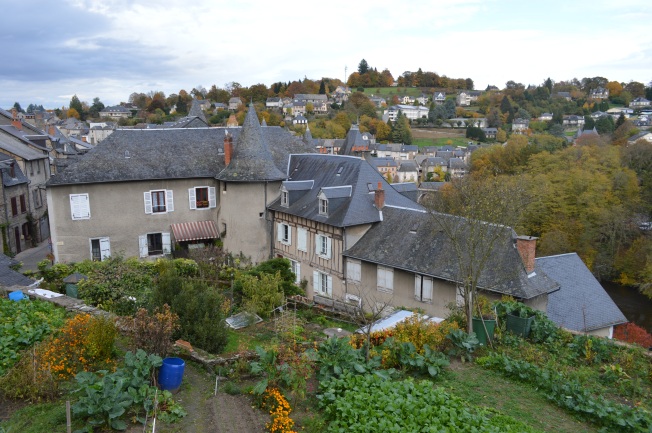 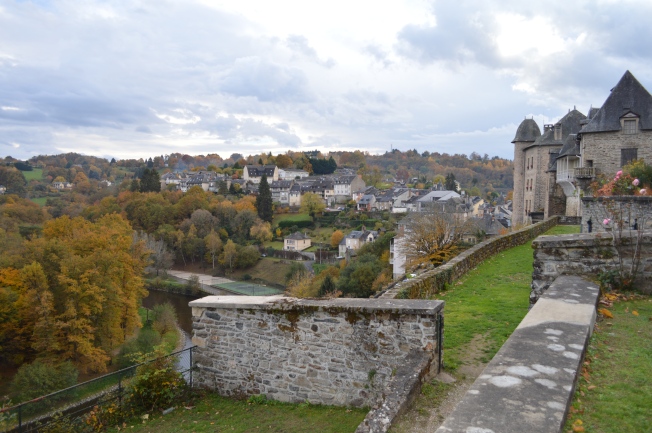 Admiring the views from high ground 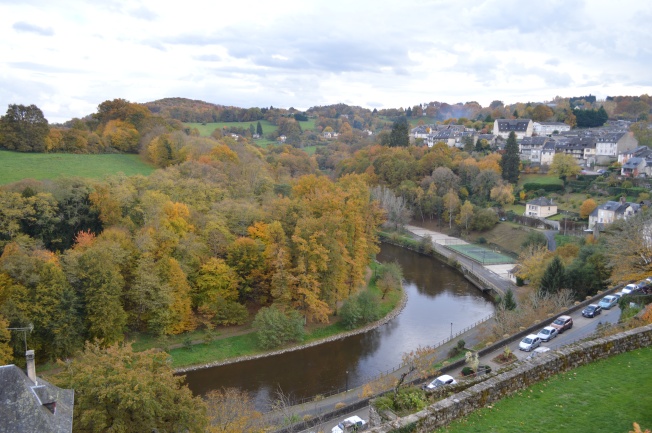 The river Vézère at Uzerche 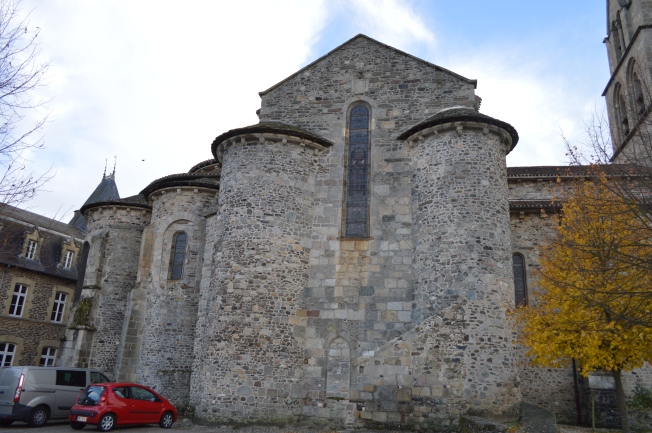 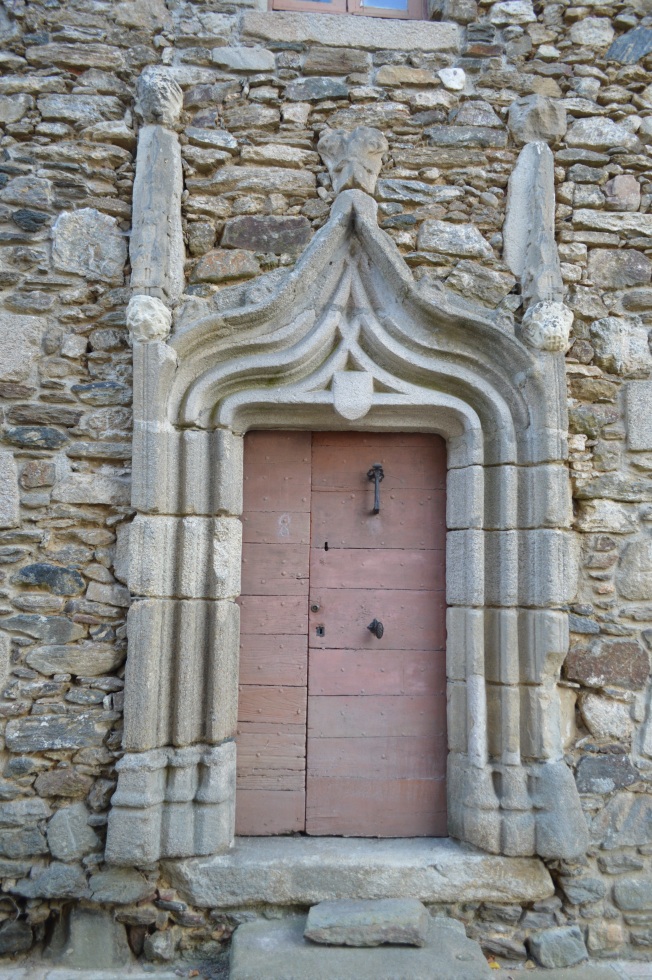 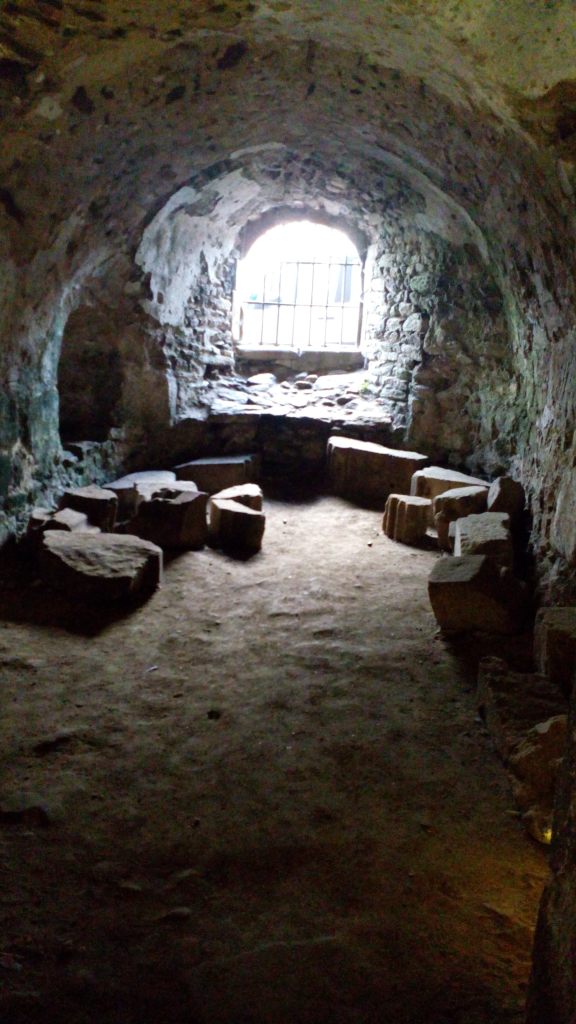 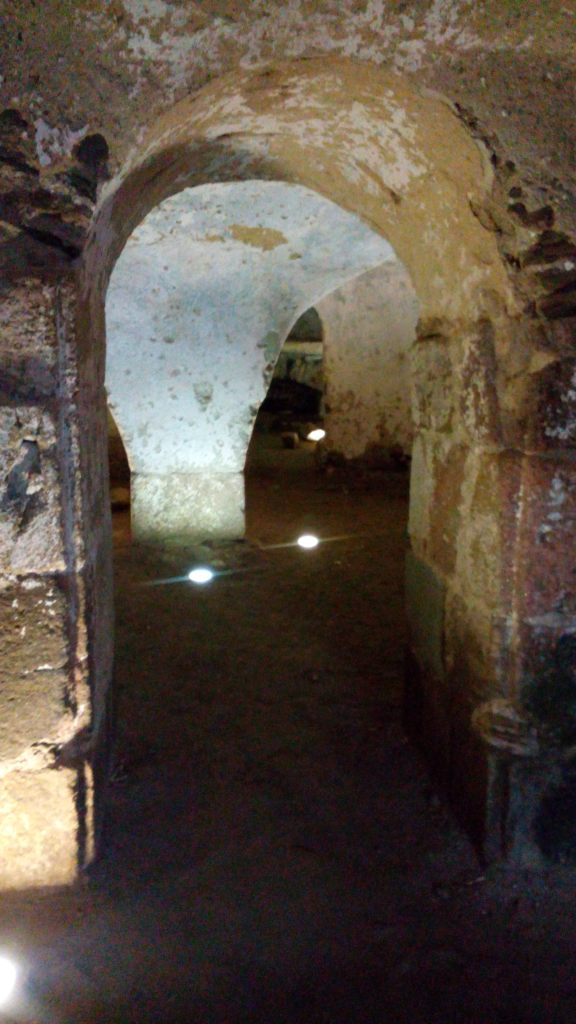 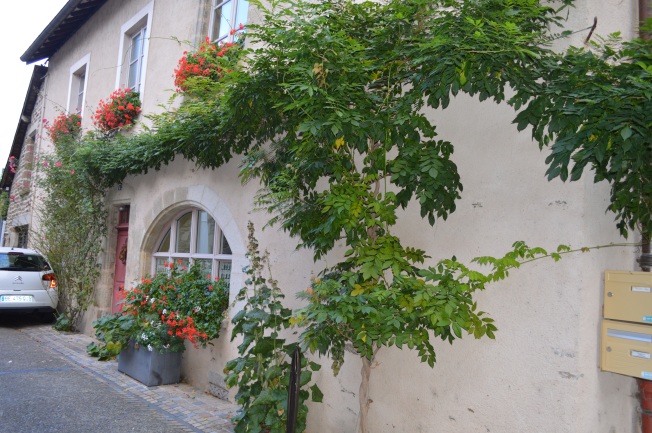 Tomorrow we’ll arrive at our final destination at Moulin de Bret to stay with a friend of Adonis’s from his childhood days in the Forest of Dean and where he’s hoping to do some quality carp fishing. 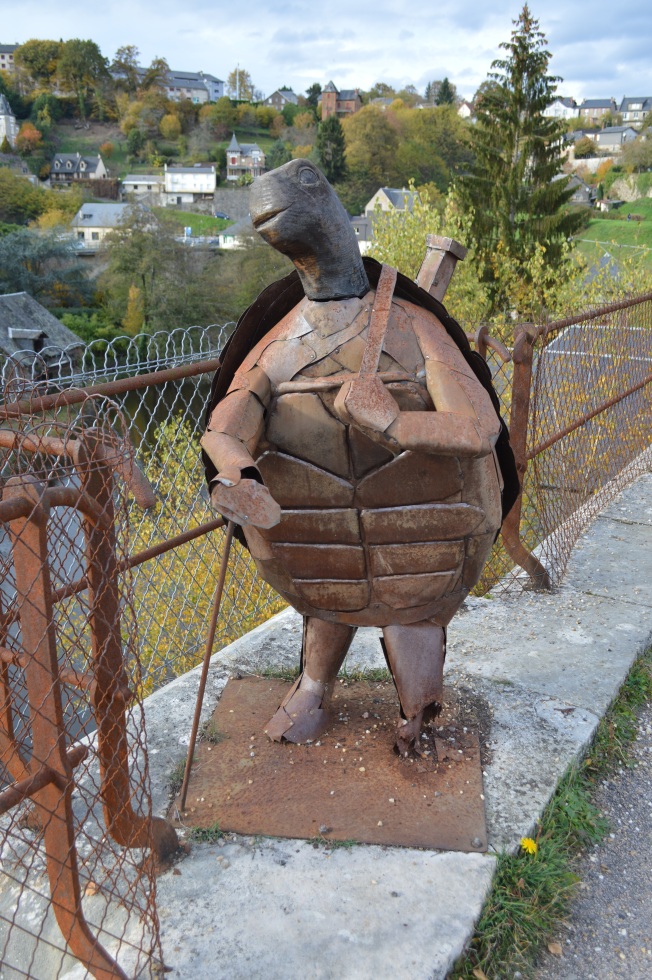 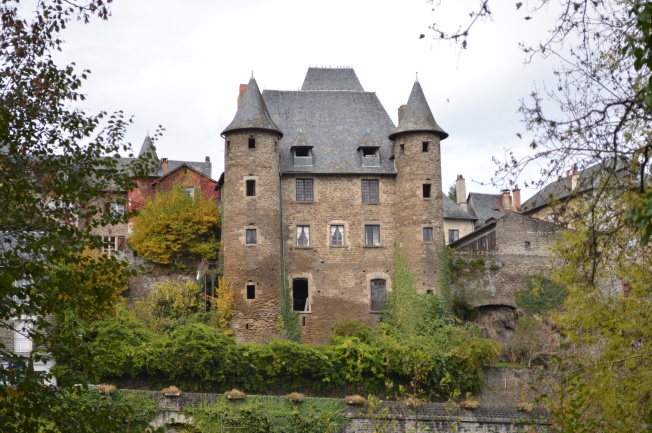 I simply LOVE this