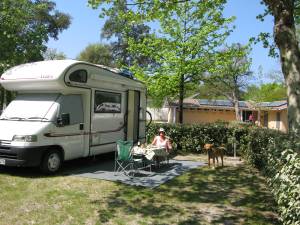 A very hot day here in southwest France and we intend to stay here for a week, so I hope the weather holds.

The meal in Amboise was absolutely fabulous.  We sat in the conservatory, which seemed to be full with British people mainly, but there were also a French couple and two young men who sounded American.  The restaurant was called L’Alliance, run by Pamela and Ludovic Meunier, and it couldn’t be more pleasant, with very friendly service too and reasonable prices.  We decided to go for the menu at 22E plus an aperitif of Kir de la maison and a bottle of Vouvray.  I had the ‘Noix de St Jacques’ and the Coc-au-vin with tagliatelle and Adonis had the stewed beef and a fillet of fish (sandre), followed by some fruit in a cream sauce slightly brulée on top.  All together it came to about 70E, which we paid very gladly  and satisfied with everything.

We should have waited to go to bed a bit longer, as I think we were both a bit too full to sleep properly and I had a slight headache, which kept me up for a couple of hours at least after 1.00 am.  We got up early and left for La Charante, where we stopped again for the night at Dompierre with a prior stop at Chey aire for lunch (on the D611 , about 25 km east of Niort and 40km south west of Poitiers), which was very convenient and clean, with free water.  I was a bit too tired and after eating pizza, I read for a bit and went to bed while Adon did some fishing, although he didn’t catch anything.

Another early morning start today and left river by 9.30 am, with a quick stop and boulangerie for baguette and cake, this time pear tartelette, which we’ll have tonight after steak haché and saute potatoes.

We arrived at the campsite at 12.30pm and set up before lunch, then we went for a walk and a swim in the lake.  I am doing my first lot of washing and I’m waiting for machine to finish, which can’t be much longer now.  No doubt everything will dry very quickly here.

Swimming in lake at Leon, Landes

Adonis is trying to get the internet going, but we’ve just discovered it’s 8 E a day or 22 E a week and we agree it’s not worth it.  I am going to check my washing!