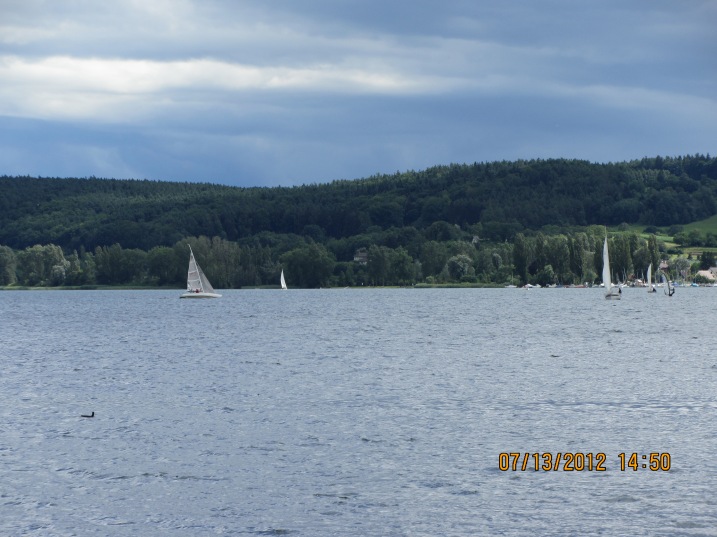 We are at a very crowded Stellplatz/car park close to the Gnadensee, about 20 km northwest of Konstanz.  We had a very interesting drive from Bad Sackingen this morning, following the Sat. Nav. directions to Lindau to begin with, through Switzerland, skirting Zurich and Winterthur, but by 11.30 we decided we needed a break and got off the motorway just east of Frauenfeld and headed north to Konstanz and west to find the aire at Reichenau, but it was full and the lake at this point was very windy, so we made the decision to back up to Konstanz again and try this one instead. 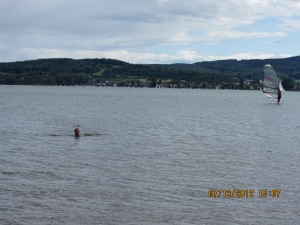 Hot enough to swim and windsurf at Radolfzell

We were really lucky to get a place at Radolfzell, as being Sunday and arriving at lunchtime, all the best places had been taken.  Not only that, but all sorts of vehicles are using it for the day, including caravans, which are not usually to be found at aires, so we squeezed in amongst the cars and other motorhomes, paid the  €8 fee, which includes electricity and emptying facilities, with another €1 to fill up with water.  We then cooled down with a beer before lunch and siesta and walked down to the lake for a swim, as it’s still quite warm (27 °C inside the van at 6 pm!)

In fact, the weather has been kinder to us in Germany than in France, as we had a very hot day in Bad Säckingen yesterday after crossing the border from Alsace.  We were very lucky too with the generous space at the Stellplatz there, where we were able to put our table and chairs out for lunch and soak up the sun for the rest of the day.

The town of Bad Säckingen itself was very pretty too, if not as stunning as Kaysersberg, but we really enjoyed a glass of the local beer in the main square by the townhall (Rathaus), just in front of the amazing church.  The big surprise was the wooden bridge over the Rhine to Switzerland, the magnificent Holzbrücke, and a very popular touristic attraction not to be missed.  So we crossed the river and took some pictures of the beautiful views and of us in Switzerland, including a Lindt chocolate shop: a temptation I managed to resist! 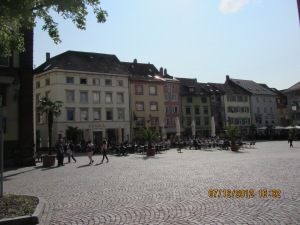 The Square at Bad Sackingen 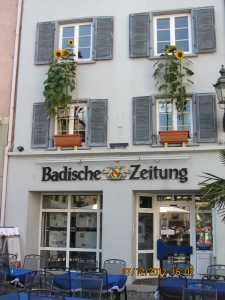 I love these sunflowers in the square at Bad Sackingen 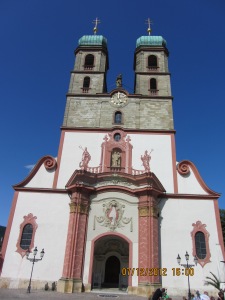 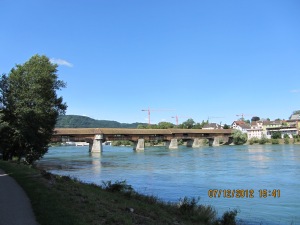 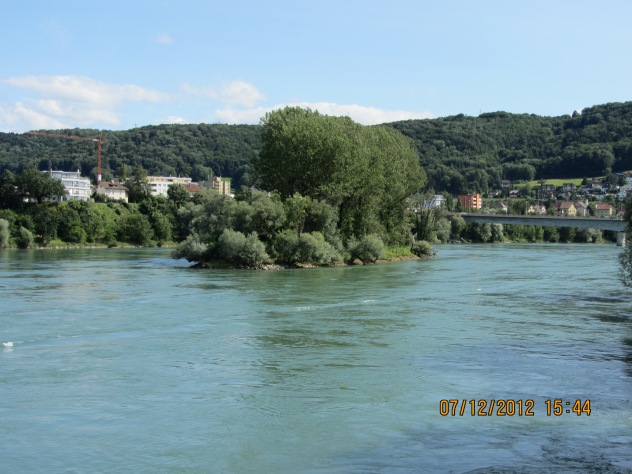 We finished the evening with a paella we’d bought at Leclerc, sat in the very warm evening sun at the Stellplatz and then enjoyed another episode of the ‘West Wing’ season 3.

Another Stellplatz to come back to and recommend to fellow motorhome owners, just for the price of €10, which includes electricity! 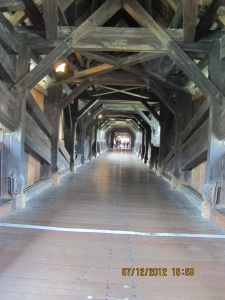 The half way line on the brdige between Germany and Switzerland 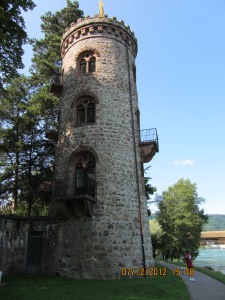 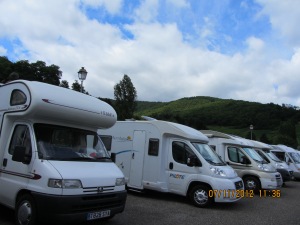